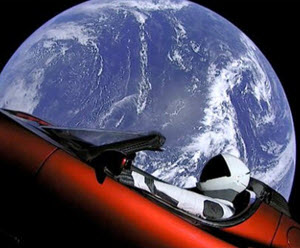 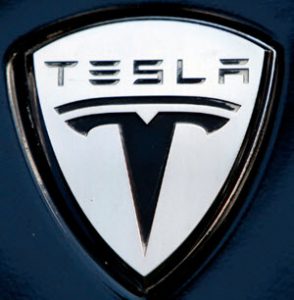 A few minutes later the two booster rockets landed side by side back on earth at a predetermined landing site. Meanwhile, the main stage crashed into the ocean based landing ship at approximately 300 mph. What a spectacular day! (At publishing, I could find video of the crash) Elon Musk did say he would make the video available.

Elon Musk founder of Tesla and Space X just launched the most powerful rocket … ever. That’s right. It is more powerful than any rocket in anyone’s arsenal. It was reported at over five million pounds of thrust. Then just for kicks, Elon released a Tesla Roadster into space. For a company that does not believe in spending money on marketing, boy did they just shoot the moon. It is supposed to make a trip around the sun, pass Mars then end up somewhere in the Kuiper belt­­­­. 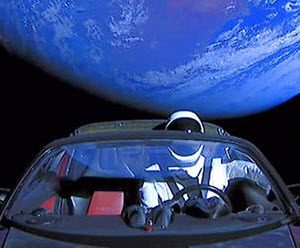 Tesla was founded in 2003 by Elon Musk, and named after Nikola Tesla. Elon and his companies continue to challenge the conventional norms of thinking. With success stories under his belt, like PayPal, Tesla and Space X, He lives by the old adage “No Pain, No Gain” with somewhat epic failures like Zip2 and the early days of Space X. When rockets blew up on the launch pad, then crashed back to earth in landing attempts. He clearly has proven to be a long-term thinker.

Regarding the Tesla in space, it is on a trajectory around the sun, then past Mars, and ultimately they Kuiper belt. Many NASA scientists don’t really think it will make it that far. Since most of the vehicle and accessories are made from simple polymers, and not high tech rocket components. It is most likely to sur come to radiation, and break apart, or disintegrate while on its voyage. 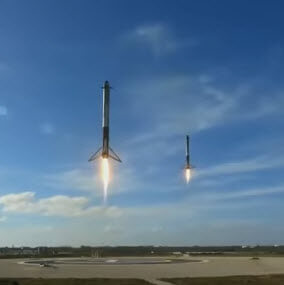 Tesla, on the other hand, is most likely to continue its epic path to the stars. The company openly expresses the idea and concept of no marketing budget. With only a few hundred units produced in the 3rd Quarter of 2012, to nearly 30,000 units in the 4th quarter of 2017. Tesla shows no sign of slowing down. The Tesla Roadster sells for basically $70,000, but Elon Musk and company are eyeing the mainstream market, with pricing in the $25,000~30,000 dollar range.

I would be remiss if I didn’t point out the epic journey they are on. The Falcon Heavy (named for the Millennium Falcon, of Star Wars fame) and the Dragon rockets have quickly become the USA’s going to rockets for re-supplying the Space Station. And a launch vehicle for many private ventures.

Elon was spit upon after an early meeting with Russians, where he was trying to buy a rocket. On the flight home, he calculated that he could build one, for roughly 3% of the cost of buying one. The continue to build them and turn a handsome profit of 70%. Not bad for a Tesla sports car company. Suddenly Tesla had a sister company called Space X, also owned by Elon Musk.

Tesla and Elon Musk continue to push the bounds of space, commerce, and growth. With targets like Hyper Link, Solar City Open AI, Neura Link, and The Boring Company Elon is a very busy guy and anything but boring. With so many interests and a net worth of roughly 20 billion dollars, and the capacity to raise unlimited capital. Both Elon Musk  and Tesla Motor companies are worth watching.

I find it curious that this is an SEO and technology blog, and it frequently turns my attention to Space, Artificial Intelligence, and the antics of interesting humans. Elon has stated openly that he plans on dying on Mars.

I’m not sure if he can drive a roadster all the way there, but a Falcon Heavy Rocket might just help do the job.

And always have e2-Total Solutions help you do your JOB, fixing your SEO