What does your Online Reputation say 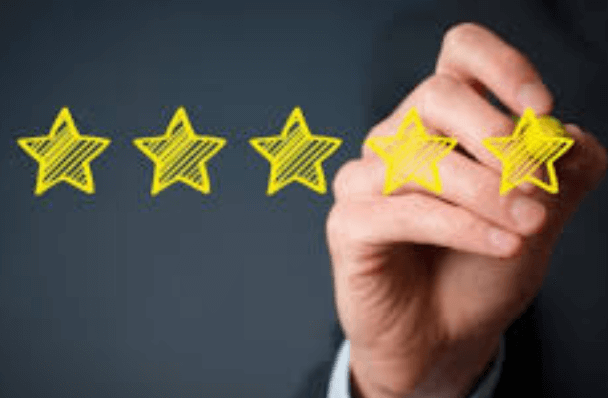 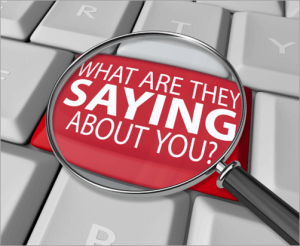 “Reputation a noun; the beliefs or opinions that are generally held about someone or something. “his reputation was tarnished by allegations that he had taken bribes. Or a widespread belief that someone or something has a particular habit or characteristic.” his knowledge of his subject earned him a reputation as an expert.”
name, good name, character, repute, standing, stature, status, position, rank, station; fame, celebrity, renown, esteem, eminence, prestige; image, stock, credit; Izzat; informal rep, rap; archaic honor, report; rare reputability”her reputation has been seriously damaged by the scandal.”

Reputation Management has become an ever-increasing component of the Google Algorithm. I have said many times two things. First, Google does everything by design. And Second, Google is always forward-looking.

Let’s start with the first. Google is always looking to ways to measure the credibility for anyone, any company, and anything. That is, after all, their job to deliver the best possible results for any search term or phrase. When I say the best, that includes the most viable trusted company, person, place or thing. 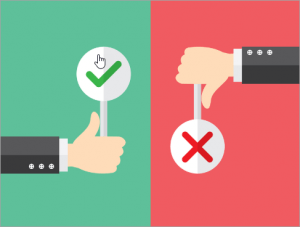 I want to jump back in time for a minute. An early basis and determining factor for search ranking was (and still is) Links. Meaning anyone that was willing to give away some of their search juju and sent their client away to your site, rewarded the incoming site. This was a basis of their algorithm partially because it was uncontrollable by the recipient of links.

Then mirroring, and is very similar to reputation or reviews. The recipient cannot control the review process. Regardless of the platform, Google My Business, Facebook, Yelp, Zillow, LinkedIn all provide a mechanism to leave a review. The more active and accessible, with the best reviews seem to float to the top, just like links used to be. 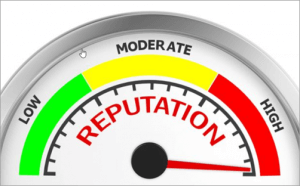 Google is, and I expect I will always be an extremely progressive company. In fact, in most of my speeches, I frequently compare them to SunTzu. Endlessly looking for an advantage. Using fewer resources to accomplish the most. That is the essence of the Art of War and business. That is also why Google is looking for five-star reviews, then rewarding the recipient with higher rankings.

Simplicity at its Best

On the face, most of the things Google does best reflected in the Art of War. Plan endlessly, confront only when needed, use the fewest resources to accomplish the most, and in googles case sometimes you just buy the competition. It is, in fact, beautiful.

The point of this blog was to begin the conversation about Reputation and Reputation Management. A real narrative on the reputation I have recently come across. I had a client where I continued to struggle adding value. Their website is provided for them from the parent company. They had very restrictive rules surrounding their ability to make changes to the site. And controlling their speech on social media.

In short, they languished on the 3rd page of Google. We began an aggressive five-star review program. And in a few short weeks took them from the bottom of the 3rd page to the 1st page. Your results may vary but think about it.

Reviews, Reputation, Reputation Management are all topics I will be covering in my next series of blogs. Please stay tuned.

And as always if you need help with managing your reputation, site of social media, you can always count on e2 Total Solutions to help.
Or go to Reputation-Revolution.com for a complimentary scan of your reputation. 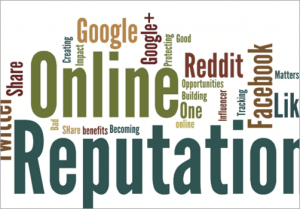