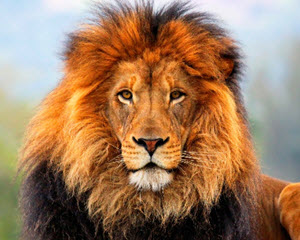 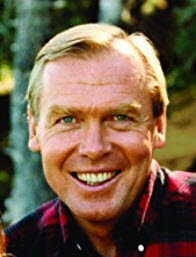 Utah lost a Lion on February 2nd. I have only rarely turned this blog into a eulogy. Steve Jobs and Stéphane Charbonnier (Charlie Hebdo) immediately come to mind. But Utah lost Jon Huntsman Sr. last week. I find it a little ironic that he passed on Ground Hogs day, mostly because he cast such an enormous shadow across Utah and the World as a whole.

Philanthropy is a rare attribute and often misunderstood ability. This is a talent that Jon Huntsman exercised flawlessly.  It has been stated by many, that he donated 1.8 Billion dollars over the years.
When you consider his humble beginnings, it is even more impressive. He always stayed true to himself, his family and religion. He was truly a Lion, in occupation, stature and as an example to men.

He clearly shaped the stature and structure of the University of Utah (my Almamoder) The world renown Huntsman Cancer Institute bears his name. He lost his brother and business partner, and both his parents to cancer. He consequently vowed to fight and beat this ruthless disease. When the U of U recently fired its Huntsman’s Institute CEO Mary Beckerle, he single-handedly had her reinstated and then subsequently has David Pershing, and Vivian Lee, then-U. Health Sciences Senior Vice President, and H. David Burton, U. Board of Trustees chairman released from their duties. 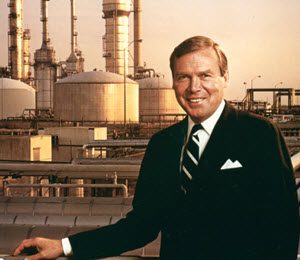 Truly being the Lion it has been said your friends are a true reflection of ones-self. He was close friends with Harry Reid and Glen Beck. You almost cannot see more diversity than that. There are several quotes of his that I love and wish to pattern my life and SEO to be more like. The last being the most relevant;

“Engage in activities devoid of difficulty, lounging in risk-free zones, is alive without great meaning”

“the true measure of success is not how much wealth you acquire, but how much of it you give back”

“Winners Never Cheat” The title to his book

In 1961, Huntsman was employed by Olson Brothers, Inc., an egg-producing company in Los Angeles. He quickly became Vice President of Operations. Then recognizing that they sustained substantial losses due to poor packaging, Huntsman became interested in developing a solution in plastics. In business, he was a true Lion. He obviously was most famous for the Styrofoam Big Mac containers that McDonald used for so many years.

In 1972 he and his brother started Huntsman Container Corporation. In 1973 after they nearly collapsed, he mortgaged his house and created the first plastic container, for McDonald’s.  By 1982 that organization evolved into Huntsman Chemicals. After 36 corporate takeovers, of which 35 were profitable. He was simply known as Jon, the Multi-Billionaire Philanthropist from Utah. He had built a worldwide conglomerate of companies, from a very humble beginning as a barefoot boy, from Blackfoot Idaho. (ref: Barefoot to Billionaire, Amazon)

Lion-like to the end, it was ultimately Prostate cancer that took him from us. Ironic in so many ways, that cancer took a Lion like him, after an exhaustive battle that was so bravely fought. He had beat the disease on 4 other occasions. He proved to me that Lion’s are made. It is a choice to be a Lion. You can be a lion in business, however it more important to live your life like a lion. Lions never cheat.

Always have e2 Total Solutions, help you be Lion-like in your SEO