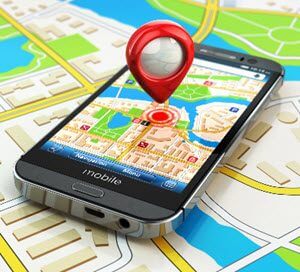 Changing Cell Phone Technology was going to be today’s topic. I really wanted to discuss how Cell Phone Technology has changed the way we Christmas shop. Or how proud my brother was when he bought his whole family Google cell phones for Christmas. However, while I was doing my research, I ran across something that really caught my eye.

New York, Los Angeles, Chicago, Las Vegas, and Baltimore are among the legions of police departments that have deployed StingRays cell phone technology. You might ask what StingRay technology is? Well, it has gone by many names StingRays, Shark, KingFish , Harpoon, and several others.  Developed by Melbourne Florida based Harris Corporation.

Now it has become a well-known cell-site simulator, or cell phone technology used by the Military, Government Surveillance (NSA) and yes the Police or better known as Law Enforcement. It is a favored cell phone technology by law enforcement, partially because of the insanely affordable price of about $35,000 each. They are also small and portable enough to be carried in a backpack. Unlike a van, or mobile command center that tend to be noticeable. With the versatility of a backpack, it can quickly be deployed anywhere. Would you think it suspicious to see someone with a pack and wearing a set of headphones? With an effective range of close to 200 meters, it is perfect for the prying eyes of both government and law enforcement. 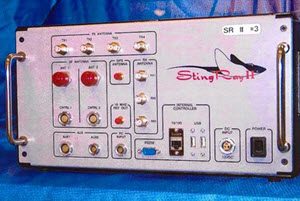 Cell phone technology has become such and intragyral part of our everyday life; I don’t suppose we will ever even try to put the genie back in the bottle. StingRays or Cell phone technology; or sometimes just called cell-simulators can sweep all the phones in an entire neighborhood.  That is where the problems begin. I don’t think anyone would complain if it were used to track down a murderers, rapist, robbers, or find a lost child or missing elderly person. There are many valid reasons we would and should use this cell phone technology.

The problem is a couple of fold according to Jerome Greco of the Legal Aid Society. First, it has the ability to “sweep” an entire neighborhood. Secondly, and the most frightening to me, is we cannot tell how often Law Enforcement is deploying or using it. Several law enforcement agencies (including the FBI) have declined to divulge the frequency of it use. Sighting non-disclosure agreements and other private arraignment.

This cell phone technology by its very nature is designed to intrude beyond anyone’s reasonable expectation or assumption of privacy and reasonable search and seizure. As recently as two months ago, in Washington DC, a sexual assault case was overturned due to a violation of the Fourth Amendment. In a New York City case, the judge ruled it inadmissible requiring an “eavesdropping warrant” which requires a higher standard of proof before acquiring the warrant. 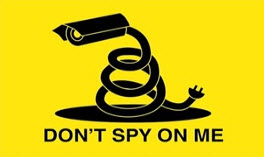 Cell phones and cell phone technology is here to stay. However, I along with many others are skeptical of the decisions that can, or will be made regarding our individual rights and personal privacy. We have a Fourth Amendment to the Constitution. Our Founding Fathers required the Bill of Rights to place limits on government. I hope that this cell phone technology will not cross, or blur any reasonable lines of communication.

And always have e2-ts.com help you comply with rigorous standards of online communication.