Build your own Tribe 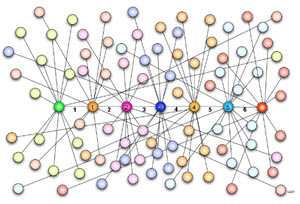 Build your own Tribe.

As many of you know, I have always struggled with the value of Social Media. In the beginning, I saw it as a colossal waste of time. I don’t know that it is any less, of a waste of time. However, its value or importance has grown steadily since the first connections were ever made. You might see how to Build your own tribe ties in.

“Six Degrees” is given credit for being the first social media site. It was built based on the premise that there are only six degrees of separation between you, and any other human being alive. That has proven true more often than you could believe. The value of social media continues to grow, in size, scope, and importance. To Build your own tribe means that you are connecting to a group of like-minded people. I recently had a client call and told me that her website had tons of traffic, but very few conversions. When we discussed her process, she began to understand she was not building her own tribe. She simply attracted followers via a standard squeeze page, then immediately asked for the sale. Basically offending them by calling for the sale long before there was a real relationship, and trust.

This is not how to build your own tribe; you do that with trust. Yes, trust was the one component missing in her formula. You build trust, with time, and maybe free information. The more material, the better. Have a members only area, where they can access more information, videos, pod cast, links to You Tube, live streaming events, give aways and more. This is building your own tribe through trust. Then, and only then, ask for them to buy, or try to sell them anything.

Learning to build your own tribe is not totally intuitive. In fact, it rubs against the grain of the internet. The advantage of the web is accessibility to a large number of viewers, with little effort or expense.

We have become a nation of instant gratification. Actually a country of millennials that grew up in an electronics-filled and increasingly online and socially-networked world.

However, tech savvy as they are, they desire and need a trust based relationship.

Always use e2 Total Solutions to help you build your own tribe.