Who is Ajit Varadaraj Pai? Well he is our new Chairman of the Federal Communication Commission. I believe he will be a good one. In an article posted my Wayne Rash of eWeek.com he stated “Today, we begin the process of making the FCC more open and transparent”

Ajit Pai was appointed to be the FCC Chairman by Donald Trump. Well let me back up a little. He was originally appointed by President Barak Obama on May 14, 2014. And has re-assumed the position or re-appointed / confirmed to stay by President Trump.

Born on January 10, 1973 in Buffalo New York. He was raised by two parents that had both immigrated from India. He grew up in Parsons Kansas, both parents worked as doctors at the local hospital. He attended Harvard University, where he earned a B.A. in Social Studies. He then went on to earn a law degree from the University of Chicago.

Following law school he clerked for Martin Cross-Leach Feldman of the U.S. District court in Louisiana. After moving to Washington DC in 1998 he worked for the Justice Department in the mergers and acquisitions section. More notably he worked on the Telecommunications act of 1996

This groundbreaking legislation was signed by President Bill Clinton. Ajit Pai then left the justice department to work for Version communication Inc. After several years there working on mostly regulatory matters. He returned to the Department of Justice. He held several roles working for both the Senate Judiciary Committee’s Subcommittee on Administrative Oversight, and then as Chief Counsel to the Subcommittee on the Constitution, Civil Rights, and Property Rights. 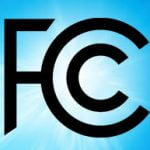 In 2007 Ajit Pai worked for the FCC’s Office of General Counsel Assigned to the Administrative Law Division. He worked mostly on regulatory and transactional issues including wireless, cable, Internet, media, and the satellite industries. Finally in 2011 he was nominated by Barack Obama to a Republican Party position. Then unanimously confirmed on May 7, 2012 and  sworn in on May 14, 2012 for a term that would concluded on June 30, 2016

Houston we have a problem. I was just starting to like the guy, then this? He believes that net neutrality is dead? (or at least its days are numbered) Net neutrality is the concept that we are all created equal (that’s in the constitution) To kill net neutrality for the sake of big business is just plane wrong. It would stifle creativity, invention, and lead to improper favoritism. Not to mention a incredible class action law suit. From all of us “small business guys”

“Net neutrality is the principle that Internet service providers and governments regulating the Internet should treat all data on the Internet the same, not discriminating or charging differentially by user, content, website, platform, application, type of attached equipment, or mode of communication.”

Were you dropped on your head? Get bonked on you noggin during a rugby game at Harvard? Or did you just lay in bed to long with Version? At the onset Ajit Pai appears nothing more than thoughtful, devoted, focused even attentive and maybe humble. But to say that:

Then want to throttle “certain users” is just plain wrong. I am sorry but I will always side with freedom. And regulating us (web guys) to the benefit of large corporations (Version, Netflix, AT & T etc) will not fly with me.

I wish him good luck in his role as Chairman of the FCC. But please do not stifle the freedoms of the internet, just for big business.

And always have  e2-ts.com help you find your personal internet freedoms!