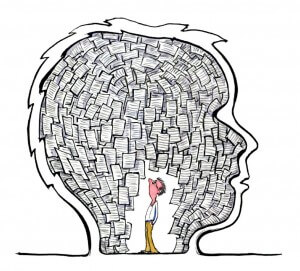 I have been thinking a lot lately about words. Not just words but pages to. I have been fascinated with words for as long a I can remember. At the very beginning of the internet I said “it’s the words, they are important, there meaning has influence”

This, was the first of all real library, it was initially organized by Demetrius of Phaleron a student of Aristotle, under the reign of Ptolemy I Soter (367 BC—283 BC). It was an unbelievable endeavor. It was the first known library to search for text and writing beyond the borders of its own country. It contained many hundreds or thousands of know words, languages, scrolls and parchments. No index of the library exists today. It was accidentally burned by Jules Caesar in 48 BC during a campaign burning a dock, and boat in an attempt to limit or control the spread of knowledge. The loss of words and texts is immeasurable today.

The library of Congress and words

Today this is the largest library in the world. It has over 32 million books in 470 different languages. It also holds 61 million manuals, and countless newspapers and periodical magazines. The number of pages is almost uncountable, not to mention the sheer number of words.

The Human Brain in a Word

The human brain contains about 100 billion neurons. Each Neuron connects to about 1000 other neurons. It is the most complex computer on the planet. And is capable of so many thoughts, actions, functions and much more. Just the computing power is unbelievable. It not only understands words, it can invent and comprehend them.

The Internet has words

Frequently called the World Wide Web, the internet is fascinating. It is estimated to contain over One Trillion pages of content (no one really knows). Each one of those pages is estimated to contain up 60 links to other pages. I cannot even imagine the number of words and their collective meanings. But I know that all of these words are indexed by Google and the other search engine just to get any surfer to the content they are looking for. It is quite a feat.

Our brains are very complex, but does doubling in size every few years. The internt isdoubling its size about every year and onehalf.With a several million dollar grant from Google, A group called World Wide Web Foundation is tying to find out exactly how big it is or will be, I hope they can find the answer.

But I am sure this is not the last word on words.