SEO is a lot like the age old adage “Which came first the Chicken or the Egg.” Occasionally my weekly blogs comes from questions or ideas that were discussed with clients in the previous couple of weeks. This last week I had a very exciting meeting with a company in the transportation business. It was a father and son who worked together and were at odds, whether they should build a brand new site, or fix the existing site that was hit by a penguin…

This potential new client explained to me that he had several years of great exposure until exactly September 27 of last year, which happened to coincide exactly to the day with the Penguin EMD/SEO update. Until that time he had a number of key search terms he was being ranked for, and generally speaking, his site was almost always on the first page in 5th or 6th position for these industry specific terms.

Life was good he was busy, making money and acquiring new clients through his on line efforts until that fateful September day when his position fell below 500. I began to question him about that, and he stopped me cold. He had his son do a Google search, and manually move to the next page, and the next until his site was found. He was at position 500. He had fallen from the first page to roughly page 50.

The conversation turned to a topic of “which was first, the penguin or the egg.” Meaning, ultimately, is it better to fix a penguinized site or just lay a new egg and start fresh? There are many thoughts on this topic. However, I know my company spends about 60-70 percent of our time working on existing sites. If you follow “white hat” practices and do the SEO safely and correctly you can re-attain a previously held rank and position.  Yet, there is something to be said for starting fresh. Many also believe that you get a bump for being new and having fresh internet content. I have seen that honeymoon period be reasonably short lived, unless you continue to do the ongoing SEO work needed. 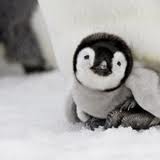 I cannot tell which came first, our feathered little friends or the egg. But I can tell you with certainty that Penguins are real and their eggs will leave a mark.

Always do your SEO honestly, fairly and above board. Do not try to use shortcuts! And you will eat a great meal. I had Eggs and Bacon for breakfast today.

P.S. Recently Matt Cutts had promised or warned of a new SEO penguin release. It went live last week and early results show it is affecting 2-3 percent of all English speaking traffic /searches.

Always use a professional SEO firm to Improve your Ranking!