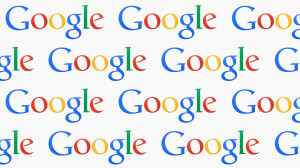 Google turned 15 years old on Friday the 27th of September 2013.  Can you really believe it? I know it sounds hard to comprehend, but it is true. Larry Page and Sergey Brin (the founders) were just doctorate students at Stanford University, when they had a great idea. Their thoughts we already directed to this newfangled thing called the “world wide web” or the “internet.” Of course we all know the internet was invented by Al Gore (LOL) but these two guys were onto something new…

What Larry and Sergey were onto was the idea of searches or searching for relevant information, and content on the internet. At that point in time the typical search engines used “popularity” as their primary gauge of value, or ranking inside a search. But Larry and Sergey thought that links and keywords were more important. In fact the first name of Google was “BackRub” based on quality and quantity of back links.

In hind sight, and reality, it was ingenious. Links from another site were far more important than pure “popularity.” Google today uses many more criteria in their search algorithms however in the beginning they had already caused an uproar when they were odiasious enough to actually make a change to their algorithm. Changes with names like “caffeine” and “hummingbird” drove the community crazy…how could they dare to change? Today we accept these cute little animals (changes) as Pandas, and Penguins.

In reality I applaud every change they make including pandas and penguins. Google’s only effort is to improve search ability and relevance. When you read my blogs, you may think I over use the “R” word, Relevancy. Nothing else really matters. If you are searching for a term or topic, all you want to find is something relevant to that search. You don’t want to find a site manipulating a keyword or keyword phrase. Again, Google almost always gets it right and does the right thing for themselves and internet surfers.

Where is Google heading

In an early blog about Google I described them as practitioners of Sun Tzu, or the Art of War. To paraphrase I said:
“to successful practitioner (of Sun Tzu) victory is through understanding and harnessing the landscape. It is simplicity in technique, strategy, execution, and understanding of the enemy. It requires you to stay fluid, mobile and have the ability to adapt. Always finding the most efficient way to achieve results. Creating maximum results with minimum effort”

This post was dated February 17th 2013 and grows in truth and substance.  Google is very forward thinking. They anticipate technology and market migration. After destroying their search engine competitors they have continued to move forward. With hardware like Google glasses and lap tops like Chrome books, they continue to acquire patients, and absorb small and large tech companies. There world wide holdings are unbelievable. It is estimated that Google controls over 1 million servers worldwide, and manages 7-8 data centers that would make the NSA look small. Then preforms over 1 billion searches a day, with clear accurate results in microsecond.

Their estimated income is approaching one half a trillion dollars. That number is equal to 1/32 of the entire national debt. It took this country almost 250 years to acquire that debt. It only took Google 15 years to generate income on an unprecedented scale. On Google’s birthday their stock closed and $876 dollars a share, and is still considered by most as a “buy” rated stock with potential well into the low $1000’s a share.

Google rocks today, has been awesome in the past, and I for one, expect Google to rock long into the future. Think back to the first time you heard a friends say “well just Google it” I can… I think I said who the heck is Google?

And finally Google is misspelled. Spelled correctly “googol” means the number 1 with 100 zeros behind it. I’m guessing there are 100 surprised still to come… Google it.

Always use www.e2-ts.com to help rock with your SEO plan.