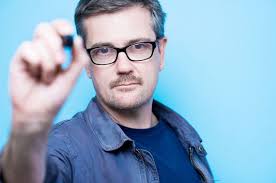 Charlie Hebdo is the magazine where Stéphane Charbonnier was the editor-in-chief.  He had joined the magazine in 1992, became the editor-in-chief in 2009 until his death in 2015. Stéphane was widely known by the name Charb.  His love of satire, indifference, controversial and thought-provoking illustrations and caricatures was well known. He was loved by many and hated by very few. The magazine had a weekly circulation of approximately 50,000. After his murder this week, the next edition will print over 1 million copies.

Charlie Hebdo the magazine has been attacked for its views of the world, religion and ideology two separate times.  Once in November 2011 it was firebombed.  Then again last week on Wednesday January 7th two spinelessness Jihadist’s associated with the al-Qaeda Islamic State group from Yemen, gunned down Stéphane Charbonnier and the editorial staff of Charlie Hebdo. They were attacked because of a satire on the “prophet Mohamad” written or drawn years ago. After the shooting these two terrorist shouted they had redeemed the “prophet”… losers!

Charlie Hebdo and Stéphane Charbonnier were never after revenge or vengeance. Through comedy, satire and cartoons they wanted to open minds. Stéphane will be missed. I have been to Paris several times in my life. I do not speak French very well  and I might be able to read a little. I have never read Charlie Hebdo, but strongly support its freedom of speech. This Jihadist’ thought they would silence the pen. They have accomplished just the opposite. My blogs generally speaks to the importance of search engine optimization, and web site importance and structure. Today I am writing only about the freedom to speak our minds, and write anything you like. I may or may not agree with your opinion; however you have the right to state your case, and say whatever you want. I always will, and you cannot and should not try to stop me. That is what makes us civilized, not radical Jihadist’ filth.

France and the World

Charlie Hebdo is primarily French.  Thank god (whichever one you prescribe to) the French take terrorism seriously. It only took a few days for their special forces to track down and terminate these two Jihadist’ Their attempt to stifle free speech has backfired, even as I am writing this blog there are protests in Paris and all over Europe. The Jihadist’ movement is already under attack from the free world. They have only strengthened our resolve. You will never shut down freedom, free speech, or the right as humans to make our own decisions. If you think we will cower to your Islamic rule, guess again.

The term “The pen is mightier than the sword.” Is generally attributed to Edward G. Bulwer-Lytton 1803~1883. He was a British poet, playwright and politician. Still today no truer words have been written or spoken. Even as I write this blog over 1 million citizens of France and world, and Europe leaders are gathering in France. With the common statement “we are all Charlie”

The genie is out of the bottle and free speech will never be stifled! “Je Sues Charlie”

Always use www.e2-ts.com to help you speak you opinion!