It’s Google Birthday, they are turning 20 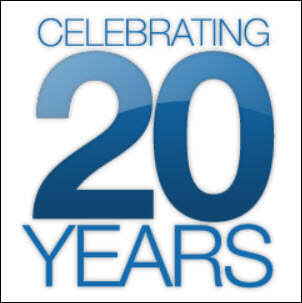 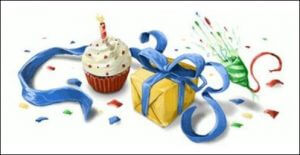 Google’s Birthday, again – That’s right on September 27th, 2018, Google has another birthday. is the big 20. Yea that’s right next year on Google’s Birthday they will be old enough to drink alcohol. Based on all of the old Google doodles that should be quite a party.

I remember the first time I heard the term “Google” I was in a server room yelling at my tech-ops supervisor. The smell of ion gas swirling all around, he stuck his head out from under a stack of servers and said “Jim just Google it” The rest, as they say, is history.

I was looking back at all of my Google Birthday blogs from the past. The most memorable was September 27th, 2013 when I wrote a blog

titled Google Turns 15. To quote my blog, it went something like this:

Google turned 15 years old on Friday the 27th of September 2013.  Can you really believe it? I know it sounds hard to comprehend, but it is true. Larry Page and Sergey Brin (the founders) were just doctorate students at Stanford University when they had a great idea. Their thoughts we already directed to this newfangled thing called the “world wide web” or the “internet.” Of course, we all know the internet was invented by Al Gore (LOL) but these two guys were onto something new…” 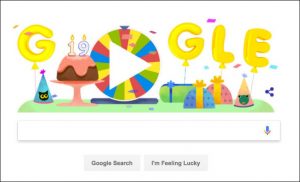 On 20 August 1998, a couple of weeks before a two-year-old Google become an incorporated. Larry Page and Sergey Brin were on their way to the Burning Man festival, somewhere in Nevada. To mark themselves ‘out of office’ on their email signatures, they decided to overlay the famous Burning Man stick-figure on the Google logo. The concept was not pursued until 2010, when Dennis Hwang a Google webmaster was asked to create a logo for Bastille Day, celebrating eight years of marking consequential moments in history graphically. What started as an ‘out of office’ notation has become so much more, some consider it a virtuosity form of art.

The list of the now famous antics and art almost never end. Most of us can’t wait to wake up and see what doodle or scribble they have

posted. Many almost use it as a daily history lesson. And most of us know has become greater, and our understanding of the world is much broader today than it would be without that Out of Office message. Their Birthday is coming to give it up for Google.

And always have e2 Total Solutions help you enjoy, and have a little laugh at ourselves and the world.
I almost found it to easy to find the most popular Google Doodle, I just used the Google search engine. It was the Pac Man.

Have a Happy Birthday Google! 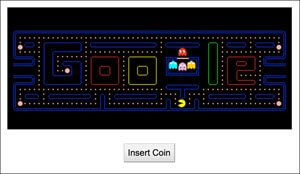